【Background】
Now is not the time of Ishin which Ryoma Sakamoto etc lived through being anxious about Japan's future against perry's fleet. And now is not also the time of early Syowa which many innocent japanese people were killed in that tragic wwⅡ. With 50 years old close at hand, I decided to write my life from birth to now so as to think about how to live from now on with a little bit of shame. The times go by from the age of rapid economic growth to the bursting of bubble and the low birthrate and aging era, it may be important to contribute to our society with the rest of my life. 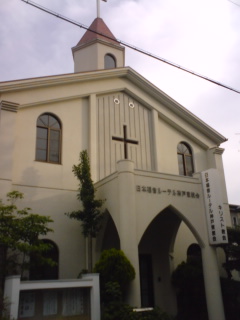 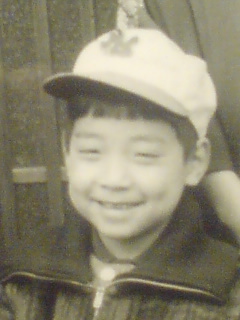 It was a great fun for me to play sandlot baseball and so on with neighboring kids every day at Hatahara Inari Shrine or Shinohara park Nada ward in Kobe city.Concerning pro-baseball team, needless to say, I was a fun of Hanshin Tigers, however, a cap I had on wasn't Hanshin Tigers'. It might have been Nankai Hawks' or Nishitetsu Lions' ??? I don't know. If anything, I might have been a fun of great pro-baseball players of 12 teams in Central and Pacific league in Japan. 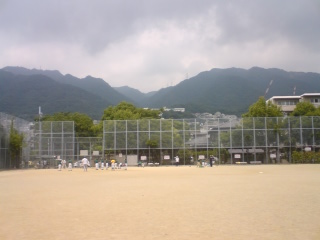 The Rokkoh river from Mt. Rokkoh and the Somadani river from Mt. Maya met here and become the Toga river which had been famous for the Guerrilla rainstorm flood in 2008 many chirdren playing the riverbed promenade sacrificed. In those days, I had been going down the bottom of rivers to look for and pick up the lost balls flying over fence. There had been the thrilling playing to move into newly established dark sewerage pipe. When it rained, the rivers rose with roaring sound and made me scared to cross a small brige. "Sasameyuki" full-length novel by Junichiro Tanizaki describes Kobe great flood by which many people were sacrificed at the beginning of Showa period. 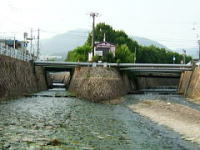 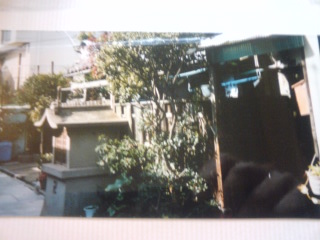 The one-storied tenement house with 4 compartments in my memory

There had been an old wooden house lengthways into four units which I lived in my childhood, now could never see again due to the Great Hanshin Awaji Earthquake, I was fond of summer Jizo Festival full of various colors lanterns in every alley and human warmth. There might have been the thing that I was scolded eating sweets offerings to Buddhist ・・・My living environment at that time had not been so affluent but I had been treated well receiving old books and clothes by a remote relative. I did not mind at all what to wear and what to eat. If I felt hungry, I always ate Chiken Ramen with eggs Yakisoba, Okonomiyaki, Takoyaki and so on especially Akasiyaki in hot dashi broth soup. Anyways in the age of no video game, I had been running around outsaide with neighboring kids. I had good memories of infancy and childhood in Kobe. 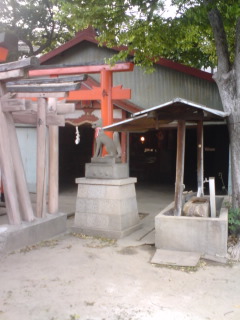 Oinarisan at the playing spot

Television made progress from black-and-white to color, I grew up watching "Tetsuwan Atom" "Tetsujin 28" "Popeye the sailoman" "Thunderbirds""Hyokkori hyotanjima" "Ultraman" "UltraQ""Kyojin no Hoshi" "Ge Ge Ge no Kitaro" and so on. I used to imitate "Ninjabutai Gekkou" with sword a toy on my back. 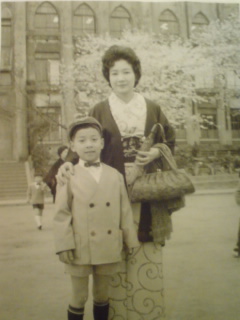 I was going to Kobe city Maya elementary school until the autumn of 4th grader. During early school years, due to my mother's long-period hospitalization and my stuffed nose, my documents of school reports was very bad like a march of duck except physical education, 2222・・・5 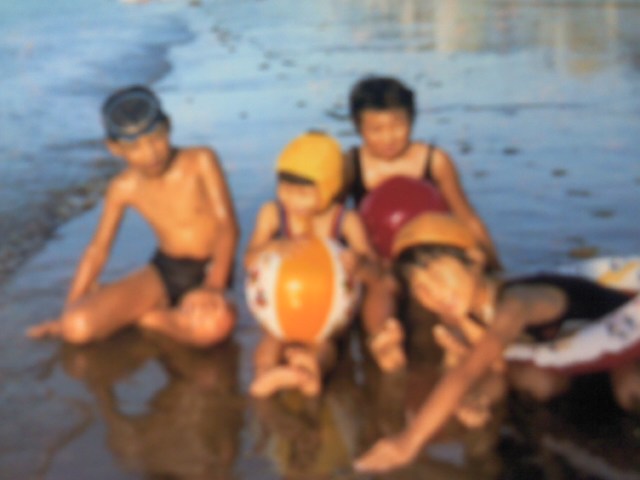 There had been an old blackish memorial school building which might have been called Showa stately modern architecture. It was called that the wall had been painted by black tar in order to avoid an air-raid. I remenber from time to time like revolving lantern the smell of wooden floor polished by oil, uneven hight wooden desk and chair and something fun that happened in the class and farewell party . I wish I could have graduated this school learning at 6th grader's classroom at bell window on the 3rd floor. 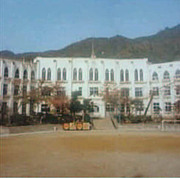 At the time of 5th grader in Takatsuki city elementary school, baseball cap was Giants?

I moved to Takatsuki city in Osaka prefecture from Kobe city in Hyogo prefecture. I had lived here for 5 years and a half, Takatsuki city Minami Ookanmuri elementary schools' 2 years and a half and Takatsuki private junior high school's 3 years. New residential area as it was, there had been wide rice fields with night soils and I could have hear big chorus of frogs. What is more, there had been snakes, turtles and yet to be confirmed freshwater fish in an irrigation canal and marsh. Rapid-growing economy, Oil shock and so on. An international exposition had been held in this period. It was the age of early prefabricated houses which was cold in winter and hot in summer. 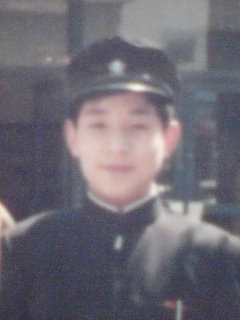 I might have been studying very hard in Private Takatsuki junior high school which was boys'school for 6 years consistent education . There had been the old wooden two stories school buildings which were unfortunately destroyed by fire in my period. Its school uniform was like a navy one. Actually I might have been longed for it. This school had been established to aim the old-education-system high school by the chairman of Private Osaka College of Medicine, and had become sister school with private Nada school. I graduated this junior high school on the way to high school. Looking back, there had been gathering many students who failed the entrance exams to Nada junior high school from Osaka, Hyougo and Kyoto prefecture. However there were a few students bright enough to enter Tokyo university.The club activity was a badminton that became very famous as Ogu-Shio pair later. I think that practice was very tough. I did my best in vice subjects, too. Especially in Fine Arts of an oil painting and wooden sculpture , I got a high evaluation by the teacher(Kenzou Kosaka great painter). After that I entered Osaka Prefecture Kitano high school. Mr. S of the same period of Takatsuki Junior High School entered Kitano high school and had been selected as a captain of Japanese high school rugby representative team. (http://rikuryo.or.jp/news/090613.html)

the Tower of the Sun (Senri Banpaku Park)
I was impressed the words "Art is an explosion" by the late artist Taro Okamoto.

By way of Senri international exposition in Osaka, 1970. I moved to Toyonaka city in Osaka prefecture, 1975. I became Toyonaka citizen. I had been living in the wide and old wooden house with a white wall near the back gate of Osaka prefecture Toyonaka high school. There had been many rooms in this house and my parents had rent it for Mr.N who was a medical student in Osaka University and Mr.S who was a student of the law department in Kansai University as a lodging room. I was a high school student at the time, they had taken care for me like a brother. I thought college students would have fun.

There had been gathering many junior high school and high school students to the private English juku that my mother established. For about 10 years, I think that it had made contribution to society. She had made many students of Toyonaka high school and so on pass the entrance exams of 5 gaidai in Tokyo, Osaka, Kobe, Kyoto and Kansai. 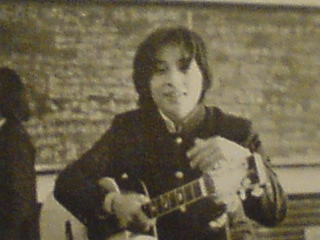 I could not have been concentrating to study at all in Osaka prefecture Kitano high school. As a result, I had completely fallen out. Thinking that I might run out of time to study, I did not have the guts to become a member of traditional baseball club that had got the victory at Koshien,too. I became a member of tennis but quit in a flash. After all I was in the table tennis club one and a half years and another culture club, ESS, Biology club and Art club in a short time as a ghost member. 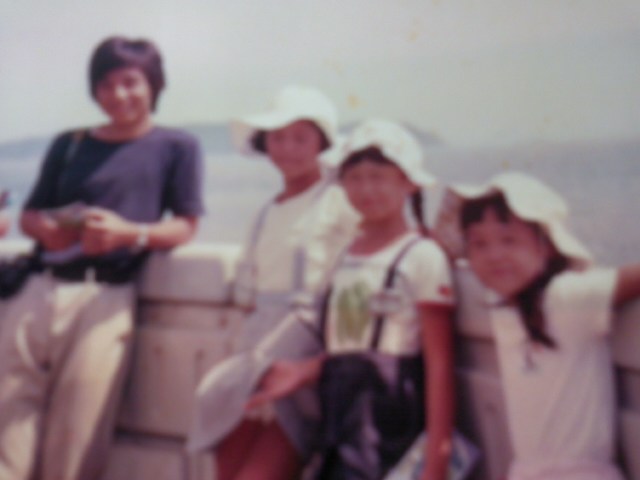 With younger female cousins of Karatsu in summer vacation

It might have been painful in a way that I could not have the clear hope what I would want to be in future. Dissecting of the snake in Biology club, I found out that I was not fit for doctor. I gave up to go on to the medical department of national university in a flash. I did not dislike mathematics but went into a huge maze partially and could not get out in a time. No matter how much I solved, I could not get beautiful answers. I should not have studied a technique of solution but an essential qualities of mathematics more slowly. 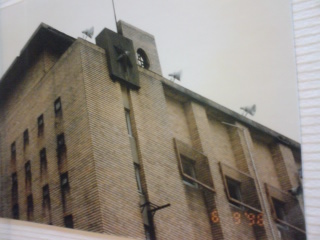 Traditional Showa school building of my memory. There had been a splendid modern architecture building covered with all scratch tile. I disired to make it preserved for a long time.